This is a report about this year´s trip to England. All the grade eight classes went on this trip but travelled in different busses: classes 8a and 8d travelled in one bus and the classes 8b and 8c travelled together in a bus.

The trip began at 6 o´clock in the early morning. After saying farewell to our parents, we got into the busses and headed off. A long drive trough Germany, Belgium and France brought us to the ferry docks at Calais (France), where we took the ferry across the English Channel to Dover (England). The ferry took about 90 minutes to cross the channel and the closer we got to England, the better we could see the famous white cliffs of Dover. Arriving in England, we climbed back into the busses and continued our journey. A few more hours of driving and we arrived in Hastings, where our host families picked us up and drove us to their houses. It was a long day with a lot of sitting.

After a good night´s sleep, we set out for our first outing: Canterbury. Canterbury is famous for its cathedral, where we had a self-led tour with headsets. We learned about the architecture of this UNESCO World Heritage site. Afterwards, we broke up into small groups and did some individual sightseeing and shopping. Towards the end of the day, we went to the only sandy beach in that area. We played in the sand dunes and took many photos. It was surprisingly mild for an English day in March.

On Tuesday, we went to London. That was very nice. First, we made a boat trip on the Thames. This way it was possible to see many sights. The next event was the London Eye. On the London Eye, we enjoyed the view and took a lot of photos. Then we had free time. Our group went to Oxford Street to do a shopping tour. It was very funny. At the end of the day, we took the Underground. There it was very narrow and stuffy. But it was a new experience.

Our last day on England, we spent again in London. First, we could decide between four groups, each group visited different sights. The Tower of London, Harrods, Emirates Stadium or Madame Tussauds. Afterwards we could explore London in groups and take the Tube. In the evening we headed back to Hastings.

On Friday we had to pack early because we left Hastings and our host families at 8:30 a.m. We went to Dover to take the ferry to Calais. Our ferry trip took one and a half hour, after that we could continue our bus trip through France and Belgium to Germany. We arrived at St. Leon-Rot around 10:00 p.m. 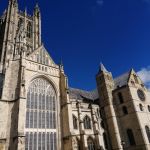 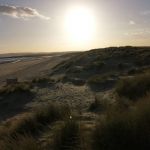 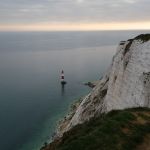 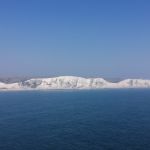